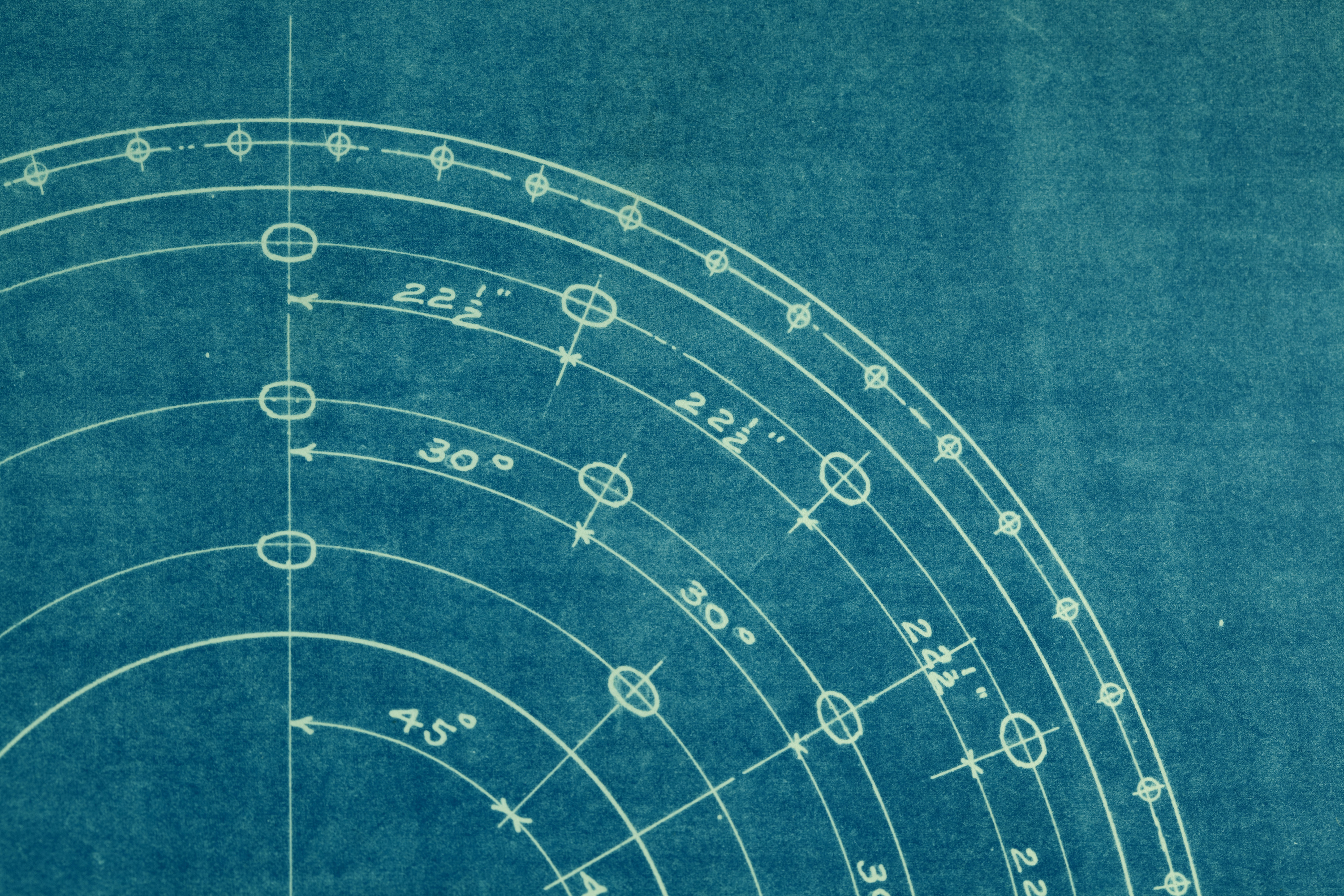 James Penney’s early career was in academia, including undergraduate and postgraduate research at TrinityCollege, Cambridge, followed by six years as Principal Lecturer at WestminsterCollege, Oxford. After Oxford, he was a Sloan Fellow at London BusinessSchool from which he has an MSc in Management Studies.

Until 2013, James was the owner and Managing Director of Darwin Consulting, a strategy consulting firm he co-founded in 1998. Darwin provided strategic advice to directors and investors in a range of industries, including financial services, private equity and media. In 2003 Mr Penney co-founded the Darwin Group with Anthony Esse.  From 2007 to 2014, James was also Vice-Chairman of MAX BANK, a retail bank specialising in micro-credit and SME finance in the Philippines. He was chairman of the credit committee and member of the corporate governance committee.

Since 2016 James has been a Board member of Loudspring Oy, a Finish company listed on the Helsinki andStockholm stock exchanges.  Loudspring is an investment group focusing on Nordic growth companies that save natural resources.

Anthony Esse has worked in the investment management profession for over 30 years and held directorships with Hermes, Newton (part of the Bank of New York Mellon Group) and GTManagement Plc.  At Hermes, he was involved in the acquisition of MEPC plc, the joint venture between Hermes and GE Capital, which at the time was the UK's largest ever private-equity backed management buy-out.  He was also instrumental in bringing the Hermes Property Unit Trust (formerly Hill Samuel Property Unit Trust) to Hermes.
‍
In 2003, Anthony co-founded The Darwin Group with James Penney, a strategic consulting boutique providing investors with strategic research into how major quoted companies compete and create value, and helping smaller quoted companies raise long-term capital directly from internally managed pension funds.  Anthony established the Darwin Property Leisure Fund with James Penney in 2007 and is CEO of Darwin Alternatives.

James joined Darwin in August 2017 as an Investment Analyst before being promoted to Investment Manager.  James oversees the preparation of the fund valuation models, provides oversight to the finance departments of the underlying Fund businesses and assists with compliance and regulatory matters.

James started his professional career at Smith & Williamson LLP and is a qualified Chartered Accountant. At Smith & Williamson James was part of the Financial Services and Markets Group, responsible for providing audit and regulatory advice to small and medium size financial services businesses.

James has a bachelor’s degree in Natural Sciences from Newcastle University.

Jon joined Darwin in2021 as an Investment Analyst, he supports with the fund valuation process and is involved with the review and analysis of future business opportunities as well as helping to maintain our finance relationships. Jon has a banking background having joined Lloyds Bank in 2010 on the Corporate Banking apprenticeship scheme.

During his decade-long career with the bank he progressed through a range of Relationship Management positions managing a broad spectrum of clients whose revenues would range from between £2m-100m covering a wide variety of sectors and geographies.

Zoe joined Darwin in June 2022 as an Investment Analyst, she assists on the valuation of the funds and supports the Investment Team on the acquisition and management of assets in the portfolio.

Zoe started her career on the graduate program in Audit at Ernst & Young, before moving into their Restructuring Team. She then moved to Granular Capital, an investment firm investing in small/mid cap European public equities, where she was responsible for the financial modelling and performing research analysis on existing and potential equities.

Dean joined Darwin Alternatives in 2022 as a Development Director, assisting in site acquisitions, and overseeing project design and construction across the funds.

Dean started his career in consultancy at WSP in 1997 and became a qualified Chartered Engineer in 2001.  During his time at WSP Dean worked on numerous large and small scale building and infrastructure projects, across the majority of the construction sectors.  In 2016 Dean joined Stantec as a Buildings Director, overseeing regional operations and multi-disciplinary project delivery throughout the UK. Dean has a bachelor’s degree in Civil and Structural Engineering from Bath University and is a Member of the Institution of Structural Engineers.

Mike joined Darwin in 2013 as Director of Sales and is responsible for driving relationships with the Fund's client base.

Mike was previously a Director of Ashcourt Rowan Asset Management, sitting on a number of investment committees whilst supporting the sales team in the provision of investment management solutions to the professional intermediary market. He had previously worked at Williams de Broë for 13 years as an Investment Director where apart from managing a range of private client, personal pension and trust mandates; he managed the top decile performing OEIC Assetmaster Multi Strategy Fund*.  Mike’s career has spanned over 35 years and has also included roles at Allied Provincial Securities and BWD Rensburg.

Sarah began her career with People in Business, an internal communications consultancy which developed the concept of the ‘Employer Brand’. Sarah was involved in all aspects of marketing the business and conducted research and focus groups for a variety of clients.

Sarah moved to Hermes Investment Management Limited (now Federated Hermes) in 2000 and joined the fledgling marketing team at a time when the business was just starting to take on third-party clients and promote itself independently of its then owner, BT Pension Scheme.  Her role originally covered all areas of sales and marketing before becoming focused on PR and events as the team grew.

Sarah joined Darwin in 2012 as Head of Marketing and helped to establish the business as a recognisable brand within the alternative investments space. She is responsible for all of Darwin’s marketing including communications, branding and PR.

Charles oversees potential acquisitions for the three Darwin Funds, as well as conducting ESG analysis of the portfolios. Charles also is part of the Client relationship Management team, specialising in ESG reporting.

Charles Joined Darwin in 2013 as a Trainee investment Manger. Charles participated in Darwin's Darwin’s trainee program and was promoted to Investment Associate after achieving the IMC. Charles is currently studying for the CFA Institute Certificate in ESG Investing.

Sally is an actuary with pensions and investment experience as an adviser, trustee and non-executive director.

Sally works with the UK’s largest pension schemes in organisational effectiveness and governance projects with Avida International. She is a non-executive director at insurer Royal London, at Impax Asset Management plc and Local Pensions Partnership (LPP) Limited, where she chairs its FCA regulated investment company.  Sally has been an adviser to DarwinAlternatives since 2014.

Until recently Sally was a trustee at the Nuclear Liabilities Fund and at both NEST Corporation and the Lloyds Bank pension schemes. She was Chief Executive Officer of the BP Pension Scheme in the interesting years of 2007-14 after twenty years with Aon Hewitt working both as a pensions and investment consultant and in research and innovation. Sally is an Honorary Group Captain in 601 Squadron of the Royal Auxiliary Air Force.

Ian Coleman read Economics at university before qualifying as an Accountant. For 15 years he was the FinanceDirector for Wirral Council which included responsibility for the MerseysidePension Fund (MPF), one of the largest LGPS Funds. MPF was one of the earliest investors in the Darwin Leisure Property Fund.

Ian is now an adviser for Darwin Alternatives on local government pension schemes. In addition to this he chairs the LGPS Pension Boards at Torfaen and Redbridge, and the Mid and West Wales Fire and Rescue Authority Pension Board. Ian also works as an Associate for the Chartered Institute of Public Finance and Accountancy, particularly undertaking contracts assisting and supporting LGPS Funds and has experience in the acquisition, funding and management of holiday lodge parks, and caravan and camping parks.

Tony trained as a local government accountant and later also qualified with the Institute of CertifiedAccountants.  He worked for several local authorities, and two national education bodies culminating in the role of Director of Finance of the National Advisory Body for Public Sector Higher Education.

In 1990 he went to work in the City of London at Gartmore specialising in marketing to and advising local authority pension funds. He later held directorships at several fund management companies and ultimately he was Head of Public Sector Funds at Aviva Investors. He retired from Aviva Investors at the end of 2008 and joined Darwin as a consultant in 2009.